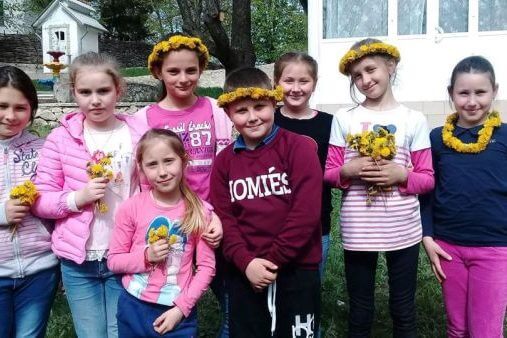 “Today’s limitation and circumstances for vulnerable, abandoned and disabled children in Eastern Europe can be transformed to one of opportunities and hope.

ChildAid was founded in 1973 by Jane Ellis, a researcher at Keston College. After studying Russian at university, Jane felt called to serve oppressed Christians in Russia.

In its early days, under the former names of “Aid to the Russian Church” and “Aid to Russian Christians”, ChildAid’s emphasis was on raising awareness of the situation facing the Russian Church as many Christians were imprisoned or sent to labour camps because of their faith. This included campaigning outside the Soviet Embassy in London against the persecution of believers.

After the USSR collapsed in 1991, ChildAid (under the name Aid to Russia & the Republics, or ARRC) was responding to increasing requests to help the churches in the former Soviet Union who were reaching out to the poor and needy in their communities. ARRC was able to supply orphanages and homes for the elderly and disabled with the clothing, medical supplies, bedding and food they so desperately needed.

However, the demise of the Soviet Union had brought economic crisis and instability to the region, and many children became vulnerable due to lack of parental care, extreme poverty, special educational needs, broken homes, unemployment and alcoholism.

As a result, the charity embarked on a distinct path focusing on charitable Christian initiatives helping street children and those from families in crisis, orphans and children living with disabilities.

In 2006 another exciting stage of development was entered as we launched under the new name, ChildAid. At the same time we developed our relationships with a smaller number of partners who really make a difference in transforming lives.

The plight of these children remains massively under-publicised and perhaps the majority of people have no idea of the atrocities that are occurring in this area of the world. While it is justifiable that such huge publicity is given to the poverty and illness in Africa, Latin America and Asia, we believe it is of utmost importance to make known the equally unacceptable situation facing millions of children in this region.

ChildAid is one of the few charities in the UK working with these children. We want light to be cast on the dire situations they find themselves in and we want to find real and long-lasting solutions to the problems that currently exist.

Through raising our profile and gaining a much wider support base, we aim to increase and develop the work we are currently doing with vulnerable children, orphans and children living with disabilities, and offer them a hope for the future.”

You can visit the ChildAid to Eastern Europe website here and see just how amazing their work is.

We have an upcoming Curry and Beer evening in aid of ChildAid to Eastern Europe – you can see all the details here and how to book.